skip to main | skip to sidebar

The Face of Memorial Day 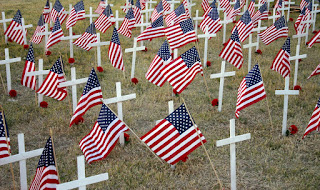 Today we celebrate our freedoms and realize the great cost.  This is a day of mourning and gratitude.  The faces of Memorial Day should not belong to actors, actresses and personalities who are spending their holiday happily grilling steaks or offering mega-deals for cars and furniture, under the guise of “Happy Memorial Day!”  Somehow we have lost our way, with this sacred holiday.  Memorial Day is a day for those who died in service of our country.  Here is a face to help us re-focus on what this day is really about: 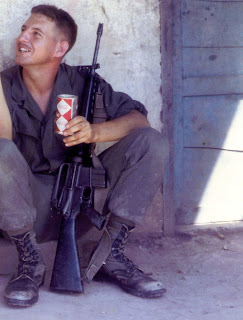 Meet Paul Phillip Sonstein who was born March 26, 1946 in Pleasant Hill, CA.  Paul’s Army Vietnam tour began October 10, 1967 as an infantryman in Charley Company, 2nd Battalion, 3rd Infantry Division, the 199th Light Infantry Brigade (aka “Redcatchers”).  A little over four months into his tour, on February 21, 1968, he died from two head wounds, in Gia Dinh Province, South Vietnam.  He was 21.  On this Memorial Day, we also remember the 741 souls from the 199th who died in Vietnam.

We learned of Paul’s story through one of his best friends, and TOP participant—good friend to Paul and Vietnam veteran Wallace Woolfendon (pictured below with TOP in a leprosy village, not far from where he served). 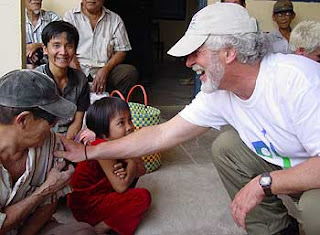 Wally shares about Paul, “He and I went through basic together right from the beginning when we ‘stepped forward’ at the Oakland Induction Center and a sergeant started yelling at us since we were no longer citizens.  We were separated after graduation; Paul went airborne on the promise of ‘no one jumps in Viet Nam’, washed out of jump school because he broke his leg on a hard landing, and found himself in the 199th.  During the Tet Offensive his outfit was operating around where my unit was camped near Long Binh and Bien Hoa and a battalion of the 199th was then sent to Saigon.  He was obviously with them.  We corresponded; then the mail stopped.  When I returned home, I dropped by my parents' place where I had my mail sent, picked up the mail and went through it.  The last letter I had sent to Paul was returned, stamped ‘Deceased’.  I knew in my gut what happened.  I pocketed the letter and told no one about it.”

Wally has been in touch with Paul’s family.  (The meaning of Memorial Day is understood by all who lost their loved ones).  A member of Paul’s family told Wally that, "For nearly 30 years we never really knew how Paul was killed.  Paul was reported as MIA Feb 21, 1968 but in reality was recovered that same day and delivered to a local Viet Nam morgue for processing and ID-ing.  The ID wasn't confirmed until March 9, 2008 and it was some time after that time that the Army notified the family that he was KIA.  He had two entry wounds to the back of his lower skull area that killed him during some sort of fire fight.  My father was so distraught over the loss.”

“Paul's last letter home was Feb 11, 1968 which he said he hadn't had any rest for two weeks (Tet) and was mentally and physically exhausted but he said not to worry about him.  All his letters home were positive and he showed no sign of fear whatsoever.  He said that he respected the enemy but that they weren't very good with small arms so again said ‘don't worry about me’.  I know that the search and destroy missions he was on were long and hard with little time to rest with only jungle accommodations in the rough."

Today as we all go about Memorial Day … or, any day … keep Paul’s image in your hearts—grieve for him; say a prayer of thanks.  Please mindful of the pain and grief friends & family feel, especially on this special day and time of year.  (Although many of those close to Paul did not fight in a war, they did fight on another battlefield.)

When we all are pulled in the direction of holiday traditions unrelated to the meaning of this day, please do not lose sight of what today is really about.  As we go about our lives and each Memorial Day, remember Paul (pictured below) … and all the many others who gave everything for our freedoms which we celebrate today. 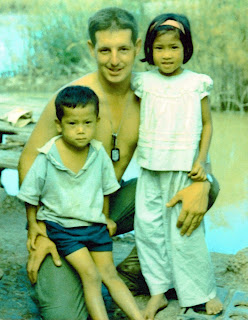 Thank you for bringing more information to this topic for me. I'm truly grateful and really impressed. Thanks.